Joseph, Meinel , Felix G. Since the first edition of this book was published in , computed tomography has seen groundbreaking technical innovations that have transformed the field of thoracic imaging and opened novel possibilities for the detection of thoracic pathologies. This book highlights cutting-edge thoracic applications of CT imaging in the context of these technical innovations and discusses the latest opportunities, with critical appraisal of challenges and controversies.

All topics are covered by renowned international experts. Chapters from the original edition have been thoroughly updated to reflect the state of the art in technology and scientific evidence, and new contributions included on recent developments such as dual-energy CT and CT imaging in patients with acute chest pain. The book is abundantly illustrated with high-quality images and illustrations. Schoepf, a native of Austria, graduated from the medical school of Ludwig Maximilians University in Munich, Germany, in His main clinical and scientific interest is non-invasive cardiovascular and thoracic imaging, especially the use of advanced CT and MRI techniques for diagnosing disorders of the heart and lung.

Felix G. Meinel received his medical degree from Ludwig-Maximilians-University in Munich and trained in Radiology at the same institution. He was a visiting instructor in the Division of Cardiovascular Imaging at the Medical University of South Carolina Charleston, SC from to before returning to Munich to complete his clinical training. His main research interests include thoracic and cardiovascular CT imaging — both the advancement of CT technique and how CT imaging can be used to gain novel insights into disease.

JavaScript is currently disabled, this site works much better if you enable JavaScript in your browser. Medicine Radiology.

Diagnostic Imaging Free Preview. If the surgeon could not find the nodules that were depicted in TSMDCT, the nodules were recorded separately as missing nodules. All resected nodules were sent individually for histologic analysis. The recorded data included the number and location of nodules suspected preoperatively, the number and location of nodules palpated and resected intraoperatively, and the number, location, and size of the nodules that were confirmed to be malignant metastases on pathologic evaluation.

The nodules detected by TSMDCT were compared with the nodules detected intraoperatively by analyzing the pathologic data in each case on a lesion-by-lesion basis. Subset analysis was performed on a per-nodule basis. Since this strategy resulted in greater precision it served as an exploratory analysis to determine whether a unique subgroup could be identified. For all analyses, a p value of 0. Mann—Whitney test was used for the comparison of size between benign and metastatic nodules.

The study group included 27 patients 9 females, 18 males; age range, 17—79 years; median age, 57 years. The primary tumors included were colorectal carcinoma in 11 patients, renal cell carcinoma in 5, osteosarcoma in 3, hepatobiliary carcinoma in 3, thymic tumor in 2, bladder cancer in 1, thyroid cancer in 1, and primitive neuroectodermal tumor in 1 patient. The disease-free interval DFI for the patients ranged from 0 to months median 22 months. DFIs less than 12 months were identified in nine patients, 12—24 months in eight patients, 24—36 months in six patients, and greater than 36 months in four patients.

Unilateral thoracotomy was performed in 18 patients, and sequential bilateral thoracotomy was performed in 9 patients. Most of the metastatic nodules were resected by wedge resection or enucleation. Centrally located nodules were removed by lobectomy and segmentectomy in four and three patients. Six patients had received previous metastasectomy and underwent repeated metastasectomy for recurrence. A total of pulmonary lesions were palpated and resected during the operations. The average number of resected nodules was 5. Histological examination revealed metastatic nodules, 96 benign nodules, and 1 bronchioloalveolar carcinoma.


In the non-osteosarcoma group, 32 thoracotomies were performed in 24 patients, including 8 bilateral thoracotomies. A total of nodules were resected, and 69 of those nodules were confirmed to be metastatic nodules by pathological review. The two missed nodules were detected during the operation in only one patient with renal cell carcinoma. We evaluated the appropriateness of radiological dictation and the grading system by generating free-response receiver operating characteristic plots and calculating the sensitivity and specificity in non-osteosarcoma group.

The ROC plots are shown in Fig. The area under curve was highest in the criteria of grade 4 AUC 0. These results suggest that the radiological grading system assigning a score grade 4 to metastatic nodules was appropriate in the non-osteosarcoma group. The values of sensitivity, specificity, positive predictive value, and negative predictive value of TSMDCT according to study group are given in Table 1.

The ROC plots based on the radiological grading system for non-osteosarcoma group.

The most accurate prediction was possible by the criteria of grade 4 marked on ROC curve with a square symbol. Subgroup analysis was performed for each metastatic nodule. Pulmonary metastasectomy has been accepted as an established treatment option for the isolated pulmonary metastasis of extrathoracic malignancy. Although a randomized study has not been performed, many retrospective studies reported favorable long-term survival in the patients who underwent pulmonary metastasectomy [1—3].

Multidetector-Row CT of the Thorax by M.F. Reiser (ebook)

However, there is another opinion regarding pulmonary metastasectomy. Therefore, some authors proposed that equal results might be achieved if only radiologically visible lesions were resected [11]. This hypothesis is based on the idea that the patients who will benefit from metastasectomy are those that have oligometastatic disease. They also point out that complete resection of all palpable metastatic nodules by open surgery is not a complete biologic resection of metastatic deposits [12]. This hypothesis was supported by several studies reporting comparable survival between VATS and open metastasectomy in selected patients [4—6].

Because of motion artifacts and partial volume effects, CT may fail to show lesions with a diameter in the range of the slice thickness or smaller [13 , 14]. However, recent advances in CT technology have made more thinly sectioned and detailed image reconstruction possible. This improvement has the potential to substantially increase the detection performance of metastatic pulmonary nodules, compared with that of single-detector row helical CT.

Pathologic confirmation was not performed in those studies; therefore, the real sensitivity of thin-section chest CT for metastatic nodules was not evaluated in those studies. Only two additional nodules were detected in one patient. We assumed that the primary reason for the low sensitivity of TSMDCT might be that the nodules of metastatic osteosarcoma were much smaller in size and much greater in number than other histology.

We also assumed that a longer disease-free interval was associated with the oligometastatic feature of patients, which enhanced the sensitivity of TSMDCT. Although it might seem evident that the sensitivity for the detection of metastatic pulmonary nodules would substantially increase, one drawback of the higher spatial resolution of MDCT is that many more transverse reconstructions are generated than with single detector CT.


The interpreter must examine up to 10 times the number of images than previously had to be examined. Thus, current CT technology presents new challenges and opportunities that should fundamentally alter the paradigms with which lung scans are acquired and interpreted. 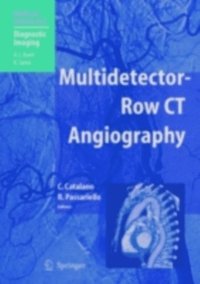 We believe that computer-aided detection will play a key role in maximizing diagnostic performance when interpreting large, thin-section, multi-detector row CT scans. Computer-aided detection technology showed a substantially higher sensitivity rate than the conventional double reading [20]. Although the result of the thin-section MDCT was favorable in this study, the small number and heterogeneity of study population are limitations of this study.

Especially, in osteosarcoma patients, the small number of study population could not draw any definite conclusion. Further studies including a larger study population will be necessary. In this study relatively large numbers of nodules were resected. Because the aim of this study was to verify the detection rate of TSMDCT, the authors tried to resect all palpable nodules during the operation. As a result many normal parenchyma or fibrotic lesions were resected, therefore, subsequent high number of resection compared with TSMDCT results and low specificity of manual palpation were inevitable.

It is our opinion that TSMDCT will be a promising assessment tool for the preoperative evaluation of pulmonary metastasis. Oxford University Press is a department of the University of Oxford. It furthers the University's objective of excellence in research, scholarship, and education by publishing worldwide. 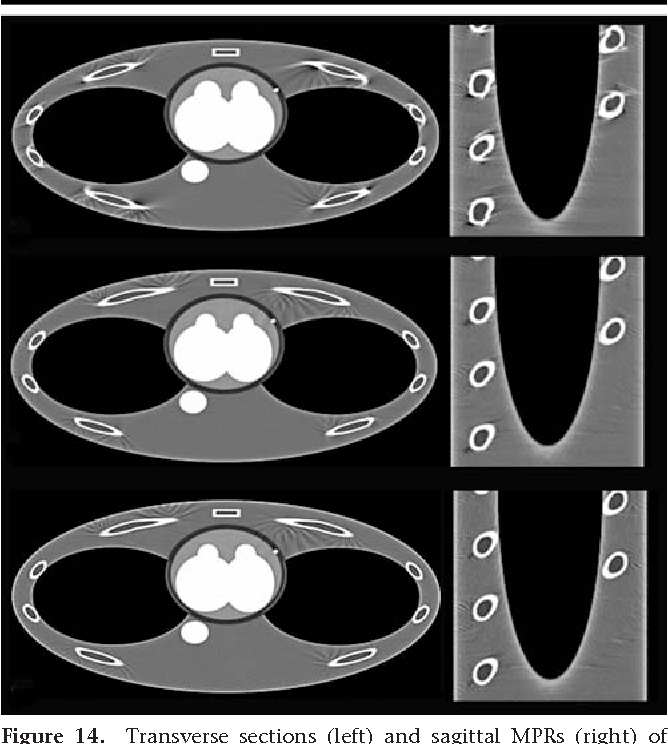 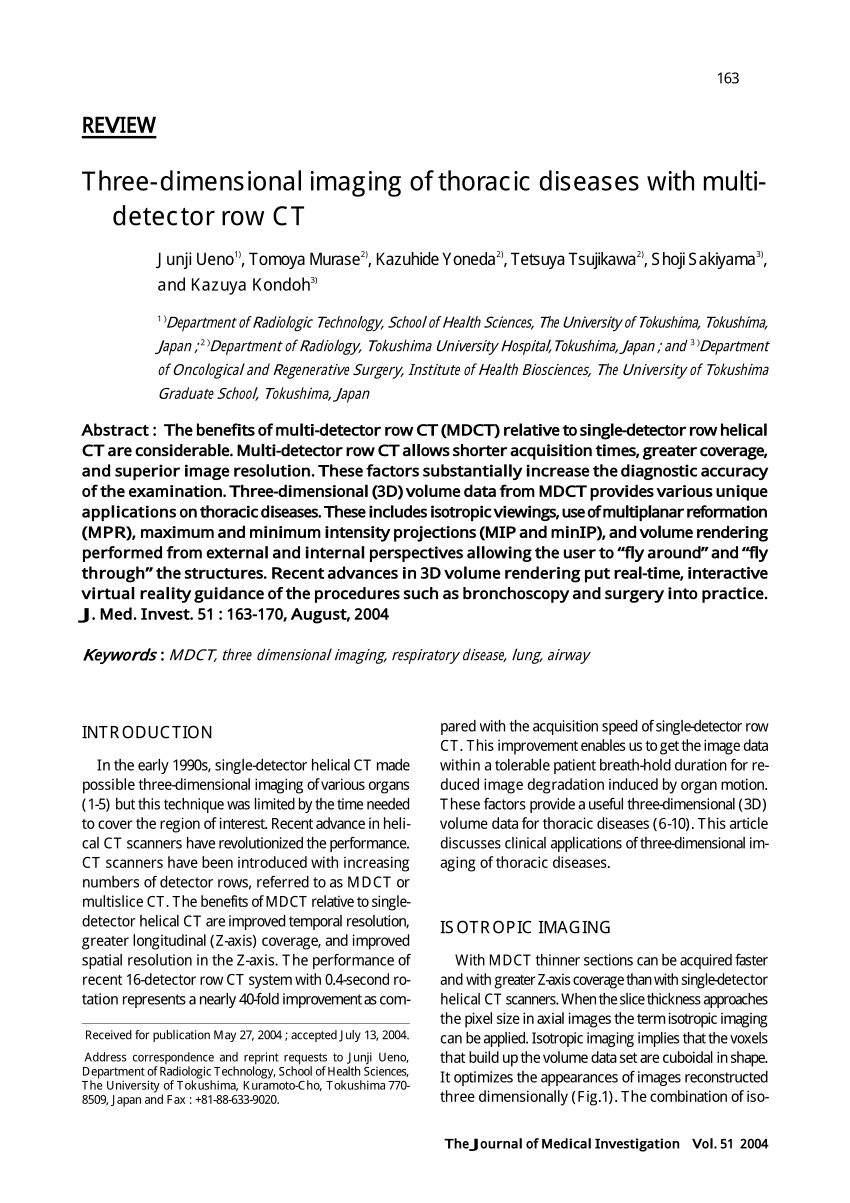 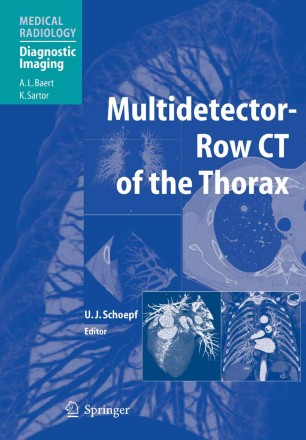 Related Multidetector-Row CT of the Thorax